Wizkid “Fever” Comes Back to Life With The Tiwa Savage Effect 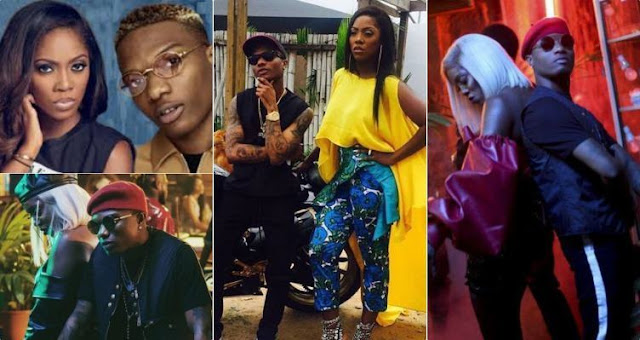 Wizkid Fever Comes Back to Life With The Tiwa Savage Effect; Did you notice that too?

The Nigerian entertainment industry is blessed with an amazingly stunning largesse of followership within the country and outside of it. The beliefs and opinions of the people that are contained in this followership, coupled with the events that come into play in the entertainment industry are what has shaped it to be what it has become today, most especially the music industry.

The most common and popular opinion which an enormous number of people tend to agree with is that the Nigerian music industry is an industry of men. I.e. it is an industry that is dominated by men, an industry that without the men’s influence in the craft of the women; the women’s efforts never get to be productive. And I totally agree with these opinions. For instance, every song that was done by a female musician which turned out to hit, have certainly the touch of one or two of the guys in the industry. Talking about sound productions, collaborations, visuals direction and even to getting record label deals in order to make their efforts and works further recognized.
Tiwa Savage has a lot of the guys to thank for her continuing success within the industry, the likes of her ex-husband; Teebillz, her label boss; Don Jazzy and also rave of the moment, Wizkid and a host of others. Selebobo played a major role in the rise of Yemi Alade and MI did in the emergence of Waje, these events have further buttressed the stance that it is truly an industry of the men. However, a certain turn of events has actually made me feel, this opinion of mine and many others could be to some extent inaccurate. What could that new situation be that is probably having me to think otherwise of what originally my opinion is? It’s the freshly released Wizkid’s “Fever Video”, I know you are wondering what connection that has got to do with what I have written so far but relax, I’d explain.
Wizkid released his now buzzing new single; “Fever” at the beginning of October which had mixed reactions and struggled to live up to the standard his previous records had done. “Fever” was criticized by a large number of the music industry except certainly, his fans. But fast forward to the 24th, October; Wizkid released the visuals to his disappointing record, “Fever” and the whole industry was stunned by the actions and as well as the vixen in the Video. Who is the vixen? It is Tiwa Savage, the songstress that has been rumored to be having a sexual relationship with the Starboy.
On seeing Tiwa and the steamy roles she played with Wizkid in the video, “Fever” immediately became a ‘hit’; it trended on twitter and got everyone talking about it all over social media and outside the media. The video hit one million views in 20 hours on YouTube, setting a record as the first Nigerian music video to achieve such a feat. “The Tiwa effect” has certainly breathed life into Wizkid’s “Fever” after going ‘dead’ after its release and as well as set it on a pathway to becoming a major hit in 2018.
In addition, if “Fever” eventually becomes a major hit, then it would authenticate my plight that Tiwa Savage made it so and finally truncate my disposition and many others’ that the music industry is a place where the successes of the women lies in the hands of the men, but instead tweak it to a situation where both men and women are needed for each others’ successes within it.