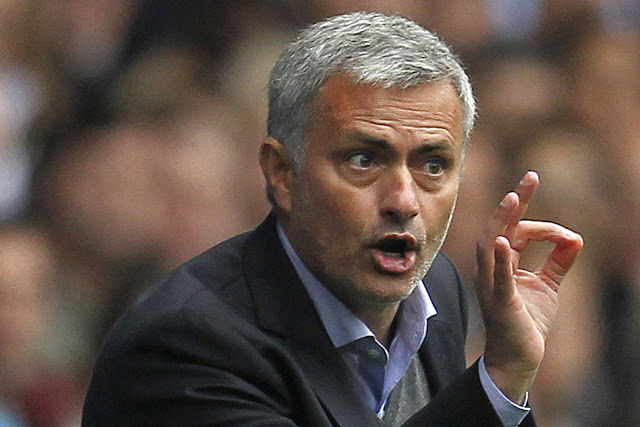 Jose Mourinho has insisted that he is just concentrating on Manchester United and not the other teams in the race for the top four.

The Red Devils defeated Leicester 3-0 on Sunday courtesy of goals from Henrikh Mkhitaryan, Zlatan Ibrahimovic and Juan Mata.
The victory keeps United in sixth position but they are now just one point behind Liverpool and two adrift of Arsenal – who occupy fourth spot.
And Mourinho was pleased with how his side played against a “difficult” Foxes outfit.
“I think we played like we normally play,” Mourinho added. “We played well and tried to win. They were a difficult team but that is something we are used too.”
On the battle for a top-four spot, he said: “I don’t look to others. If we had beat Hull and drawn with Leicester, they are still positive points.
“We drew with Hull and beat Leicester. We are still in the same position but we are closer to the others so we keep fighting.”