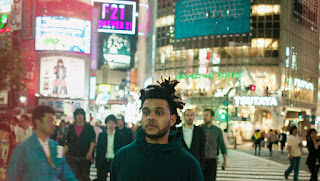 The 2016 MTV European Music Awards took place in Rotterdam, Netherlands Sunday night (Nov. 6), with The Weeknd bringing his Daft Punk collaboration “Starboy” to the main stage. The singer is set to drop an album by the same name later this month, on Nov. 25, with the titular single sitting at no. 2 on the Billboard Hot 100 this week. Watch the performance above, with what looks like a planetarium dome first covering The Weeknd and later providing a digital backdrop.
The single first dropped back in September, with The Weeknd performing the song on
Saturday Night Live a few weeks later. A video for the track dropped in late September, with the singer’s new album less than three weeks away. His previous release, 2015’s Beauty Behind the Madness , propelled him to mainstream stardom, going three times platinum and earning him Grammy nominations for Record of the Year and Album of the Year.
The above performance may clue some fans into what can be expected from The Weeknd’s upcoming Starboy: Legend of the Fall tour , which kicks off in February and extends through June with stops in Europe, Canada and the States. Watch the singer’s EMAs performance up above, with The Weeknd saying that his upcoming album is the best-sounding album he’s ever made and that the production feels aggressive but still sexy.