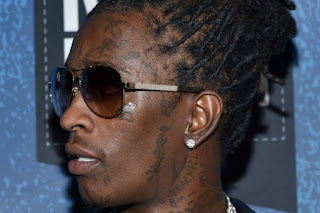 Mike Coppola, Getty Images
Students at Norfolk State University in Virginia are pissed after Young Thug failed to show up to their homecoming concert, as scheduled.
Thugger was slated to headline the show along with D.R.A.M. last night (Nov. 4), but missed his set completely. According
TheShadeRoom , his no-show was so last minute, D.R.A.M. introduced the Atlanta rapper to the stage, only to find out he was actually not in the building. According to sources, YT missed his flight and was unable to make the show.
Attendees paid between $15-$40 for tickets, but were told that they would not be getting refunds. Some are accusing the rapper of double-booking shows and skipping out on the NSU set for another gig. Nevertheless, the Spartans are pissed, with many students taking to social media to vent about not trying to hear that missed flight story.
“Gotta change nsu to fsu Finesse Niggas University,” one student wrote on Twitter.
“Young Thug real live said fuck NSU but oops I can’t say that ‘Missed my flight y’all,’” another person added.
Next week, Thugger will be kicking off a tour with 21 Savage. Dubbed the HIHORSE’d Tour , the North American jaunt will start Nov. 9 in Baltimore, Md and hit up 20 cities including Philadelphia, Los Angeles, Houston, New York and Norfolk. We wonder how that one will work out. 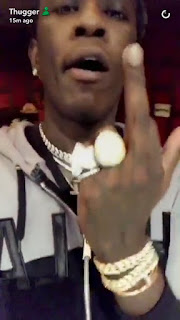