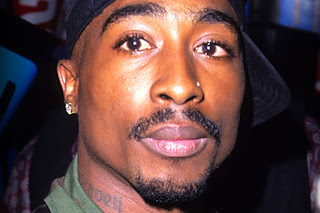 For years, fans have spun theories about the death of rapper Tupac Shakur. While some claim that he was murdered by the LAPD, others insist that he is not dead at all. But now, in an outrageous deathbed confession, a retired police officer is claiming that he took a bribe in return for helping Shakur fake his own death!

The Mirror reports that retired police officer David Meyers made the alleged confession as he lies in critical condition in the hospital. From his deathbed, he revealed that he was paid $1.5 million for his part in the coverup. “The world needs to know what I did,” Meyers said. “I’m ashamed that I let a price be put on my word and I cannot die without letting the world know.”
The former cop claims that over 30 people were involved in the coverup, including Suge Knight, who is currently in jail awaiting trial for an unrelated murder. To facilitate the coverup, Meyers claims that Shakur paid $50,000 for a look alike to be taken to the morgue.
While the authenticity of Meyers alleged confession remains unverified, the circumstances of Shakur’s death remains highly questionable to fans who have claimed sightings of the rapper over the years. Authorities have maintained that Shakur died shortly after a drive-by shooting on September 7, 1996 in Las Vegas. He had just attended a boxing match between Mike Tyson and Bruce Sheldon. The alleged murder was said to be gang related, and has remained unsolved for almost twenty years.