MTV Strips Wizkid Of His Award, And Fans Are Unhappy 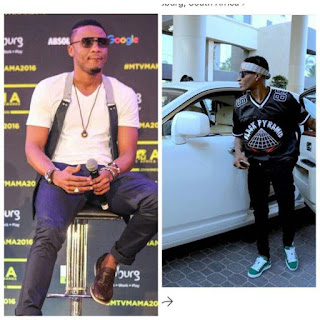 A growing number of music fans are demanding that MTV rescinds their decision of stripping Wizkid of his best African act award to Tanzanian act.
After taking home the MTV awards earlier this month for Best African Act , the award has been handed to Alikiba from Tanzania. Furious fans of the Nigerian singer are unhappy and are relentlessly roasting the organizers.
People have taken things a step further however and are now petitioning MTV award to reinstate the “Ojuelegba” singer citing the influence of Wizkid in music on the continent.
An MTV spokesperson commented, ‘Both Wizkid and Alikiba are great artistes and deserving winners at the MTV EMAs and we congratulate them wholeheartedly on their achievements. We apologize for any confusion but we are pleased to recognize the achievements of both these artists on this global platform.’
6 ‘Worldwide Act’ winners, including Wizkid, were selected by an international committee of MTV music executives to recognize current artists who are rising to have a wider geographic appeal beyond their local regions.
The winners were chosen based off a range of criteria including international MTV video play, radio airplay, streams, and sales across multiple territories and regions.
The winner of the ‘Best African Act’ award was selected by fans via votes on MTVEMA.com.
Alikiba has also commented on winning the award saying, ‘Thanks to MTV for this huge honour – it’s very exciting to be recognized at the MTV EMAs and I am delighted to bring home the award to my fans in Tanzania and East Africa. Thank you to my family and management

Read some angry comments below; 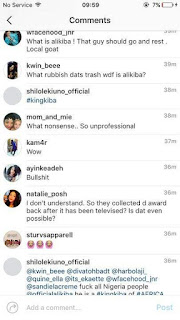