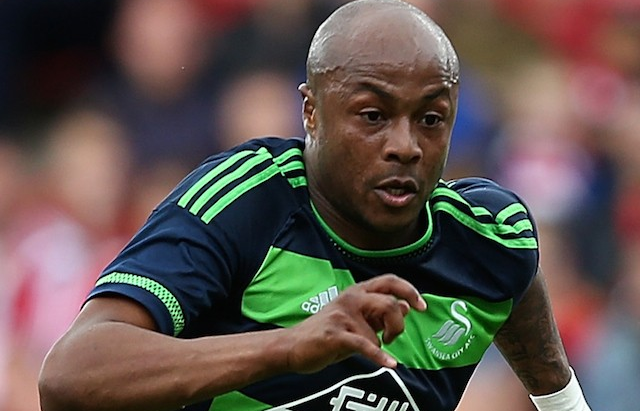 It is said that when people speak ill of you, live your life in such a way that nobody will believe them. This is the biggest lesson the Ayew Brothers have taught Ghanaians in their exploits in Ghana’s football.

A lot of people spoke ill of both of them when they were given the opportunity to play in Ghana’s national team, the Black Stars. But they persevered, and their haters have turned lovers.

When Andre Dede Ayew first earned a call-up to the national team in 2008, many people criticised the decision to include him. The criticism went beyond the notion that he was not good enough. Some people said the only reason he was in the team was his father’s undue influence.

His father, Abedi Ayew Pele, and uncle, Kwame Ayew, had played for the Black Stars in the past. In fact, Abedi Pele is Ghana’s greatest football player of all time. In 2009, Andre Ayew led the under-20 side to conquer Africa and the world in the FIFA Under 20 World Championship in Egypt. His sterling performances ever since have silenced his critics, but when Jordan earned his call-up, the fire of criticism was once again stoked.

When Ghana played their first game against Uganda in the ongoing Africa Cup of Nations tournament in Gabon, Jordan Ayew’s performance again came under serious scrutiny. Some football pundits suggested that he should be axed from the team. When Ghana played against Mali, Jordan put up a brilliant performance. His cross was what Captain Asamoah Gyan headed to score the only goal of the match.

Yesterday, his splendid goal opened the scoreline in the quarter final match against DR Congo. His brother, Andre Dede Ayew, netted a well-taken spot kick to earn Ghana a place in the semi-finals of the competition. The Ayews have since been trending.

Apart from excelling to prove one’s critics wrong, the second lesson the Ayews have taught us is to judge people on their own merit. We are often too quick to associate people with others and judge them as such. Jordan and Dede are different from their father.

The third lesson is to focus on competence instead of where someone comes from. Recently, when ministers were about to be selected, some people put so much premium on ethnic and regional considerations and ignored the competencies of the people who were being selected to serve. There are 11 players on the field at a particular point in time. And Ghana has close to 30 million people. We have two players from the same family. Is this fair? Yes! When it mattered most, the two brought joy to the entire nation.

It will help us, as a nation, if at every point in time, we put our best talents forward instead of looking at where they come from, who they are related to, and which political colours they wear. The Black Stars are making us happy. We never ask about their ethnicity and which political party they belong. What matters is that they work as a team. And we must work as a team. Team Ghana!