Jackson Family Sent Love To Janet After Birth of Her Son 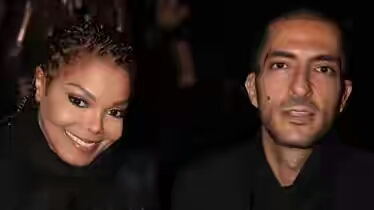 The Jackson family is sending well wishes to Janet Jackson and her husband, Wissam Al Mana, after the birth of their son, Eissa.

“Congratulations to my daughter Janet Jackson on the birth of my Grandson,” Joe Jackson wrote in a sweet message on his website on Wednesday. “Making me a grandfather again! Wishing you all the love and happiness a father could wish a daughter.”

Congrats Auntie @JanetJackson!!! So so happy for you & Wissan. Enjoy every minute with your greatest hit, Elissa. 😊 #parenthoodisthebest— TJ Jackson (@tjjackson) January 4, 2017.

ET broke Jackson’s pregnancy news in May. While the 50-year-old pop icon maintained a low profile throughout her pregnancy, Janet debuted her baby bump during a rare public appearance in September and shared a pregnancy update with fans in November.
Janet’s rep confirmed the baby’s birth in a statement to ET on Tuesday.

“Janet Jackson and husband Wissam Al Mana are thrilled to welcome their new son Eissa Al Mana into the world,” the rep revealed. “Janet had a stress-free healthy delivery and is resting comfortably.”