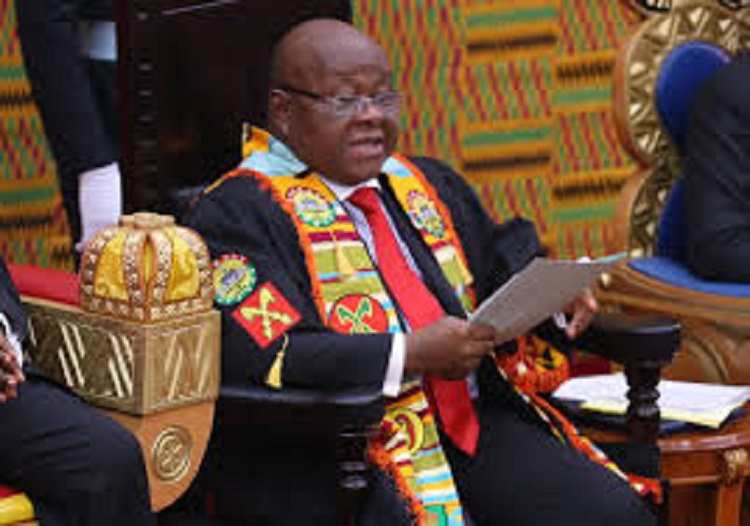 The Constitutional Instrument laid before parliament has matured after 21 days and is now a regulation that comes alive tomorrow.
Read Also: Election 2020: NDC no longer a ‘big force’ to challenge NPP – Freddie Blay
But the maturation was not without controversy and a fight from the Minority in Parliament.
A 106-92 majority vote on the floor of the house adopted the report of the committee on subsidiary legislation which approved the controversial CI.
For months the Minority has decried the attempt to exclude the voter’s ID cards procured in 2012 and used in the 2016 general elections and also exclude the use of a birth certificate.

Only two documents are valid; a passport; a far less popular ID and a Ghana ID card; which many Ghanaians are yet to obtain.
The third is for two Ghanaians to vouch for a person’s citizenship.
Following the adoption of the report, the Minority in Parliament came out to rehash denunciations of the Akufo-Addo government and the Electoral Commission.
The Minority leader, Haruna Iddrisu, said he was baffled at the president’s “desperation” to push its electoral agenda through an “incompetent” Jean Mensa who is chair of the Electoral Commission.
He accepted that the vote was “not a vote we could win.”

He was unhappy about a provision which requires a person without the two primary documents to get other Ghanaians to vouch for citizenship.
Haruna Iddrisu said no Ghanaian owes their citizenship to another Ghanaian, “None of us hold our citizenship at the pleasure of the EC and president Akufo-Addo.”
The Minority leader expressed disappointment in Jean Mensa and accused her of running away from the NDC’s scrutiny. “She did not even appear before the Subsidiary Legislation Committee. Jean Mensa also turned down an invitation to meet the National House of Chiefs.”
The Minority Leader promised that within 100 days of winning power, a future NDC administration under Mahama would have the regulations repelled.
As it stands, only a court can overturn the CI, a move which the NDC is already in court hoping to succeed.
The Majority also came out of parliament to make a case for the CI. Deputy Local Government Minister, O.B Amoah, rejected the NDC’s demand for the inclusion of a birth certificate as proof of citizenship.
He said foreign missions have had cause to doubt the validity of the birth certificate and have sometimes asked that it be validated.