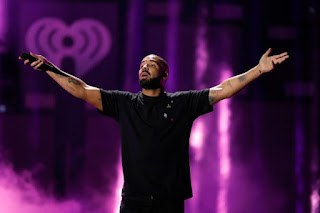 Music Ally did the math and found that Views has been streamed 3,043,873,801 times at the exact moment the article was published. That number is almost difficult to comprehend, but it’s not exactly surprising. Views has had incredible mainstream success since it dropped via Apple Music on April 29. By the time June rolled around, it had already been streamed more than one billion times combined across all streaming services. In mid-August, the album went triple platinum. Then, by late September, the album surpassed one billion streams on Apple Music.

“One Dance” is by far the most popular song on the album: it’s been streamed an astounding 924.5 million times on Spotify. “Hotline Bling” comes in at second with 556 million streams, and “Too Good” featuring Rihanna comes in 426.5 million streams, while “Controlla” has 256 streams. Additionally, Drake took to Instagram today (Nov. 7) and posted a photo with Kanye West with the cryptic caption, “There goes the neighborhood.” Could their joint album actually be on the way?

In case you missed it, the 6 God just dropped a new song and video for “Used to This” with Future. The Zaytoven-produced banger is one of the catchiest songs of the year. Drizzy’s verse isn’t necessarily the most lyrical, but his flow and delivery are unmatched. He spits, “Lambo come alive, man, I’m used to this/No one looks surprised ’cause we used to this/I’ma make sure that we get used to this/Treat my brother’s kids like they one of my kids/Never looking back on it, we did what we did/Could never find the time for the people I miss/Thought they had my back against the wall/Tell me that I don’t deserve to ball/Well, then tell me who deserve it/Eyes getting low but I’m still observing/I see you lurking/Never see me out in person/I’m always working/Money on your head if you make a nigga nervous.”