A Concern: The Plight Of A Kayayo 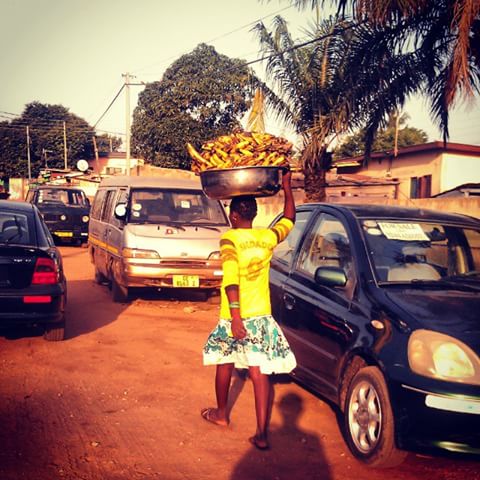 There are really still wicked and unscropulous people who take advantage of other people’s situation. Most Kayayo’s (head porters) are victims. Here’s an encounter by Ms. Sandra Tom and what she found out after an anticipated adventure.

I went to the market today to buy some ingredients, on my way a young girl Kayayo girl of about (13years old) drew my attention.

With a basin balanced unskillfully on her head,and goods that far outweighed her(shuddered at the thought of carrying it myself) and her tiny legs wobbling behind a middle age woman (an Ashanti I guess). Curious about how much this small girl will be paid, I followed behind till she bought the last item and added to the already heavy goods the small girl carried.

The woman hurried to the taxi rank and shouted at the girl to hurry,when she got there the taxi driver quickly helped her put her load down and help her pack them in the taxi booth.the woman asked how much she is to pay and the small girl said ‘any amount (indirectly telling her to use her own discretion). To my dismay, this woman gave the little girl 50p ($0.12).

I almost intervened when the taxi driver got so furious and asked the woman if she could carry the goods the small girl carried(many other insults and questions followed),a crowd started forming and the woman had no other choice but to add GHc2.00 ($0.49) to what she already gave her. Then I asked myself  “if this is her home and she was treated like this, then the plight of many other kayayo girls in the southern regions is far worse”.

If you are so priveleged that you don’t have to be worried about what to eat,wear or where to sleep,be humbled cause there are people who wish they had just a bit of what you take for granted.