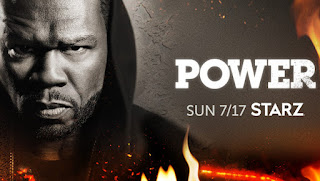 Fat Joe’s sneaker store UP NYC is finally open for business. So 50 Cent recently decided to stop by and check things out.
Fif posted a video to social media of him rolling through the NY streets. “I’m getting ready to head out to Philly, but I’m up in the Bronx, getting ready to pull up on UP NYC and see what’s up with Fat Man’s sneaker store right quick, ” says 50 while in route.
After pulling up, Curtis is surprised by the large amount of people who are standing outside waiting to get their shoe fix. He then proceeds to hype the crowd into a frenzy after revealing himself.
Joe and Fif have officially mended their relationship recently, after having beef for years. Back in July , the two were spotted partying together in Las Vegas along with Floyd Mayweather Jr. at Drai’s.
While 50’s music career has been somewhat stagnant, he recently scored a gold plaque with his single “I’m the Man.” The Sonny Digital-produced record appeared originally on 50’s The Kanan Tape , which dropped in December 2015. In March, he put out a remix of the song featuring Chris Brown.
Back in September, 50 and DJ Whoo Kid teased that a new mixtape is on the way. This announcement came just a week after Whoo Kid unleashed a mixtape worth of unreleased G-Unit material fittingly titled The Lost Flash Drive .
50’s long awaited album Street King Immortal is still slated to drop sometime before the rapture.