2Pac’s ‘2Pacalypse Now’ Album to Be Released on Vinyl for the First Time in the U.S. 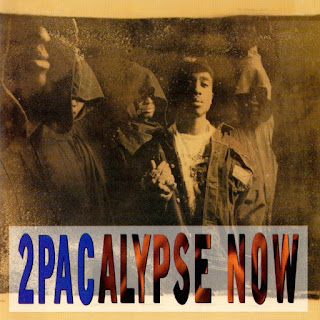 2Pacfans in the United States can finally own 2Pacalypse Now on vinyl. Respect The Classics will be re-releasing 2Pac’s debut album this Friday (Nov. 11) on vinyl and cassette. The release marks the first time that 2Pacalypse Now has ever been released on vinyl in the U.S.
The 25th anniversary vinyl release will be packaged as a double LP gatefold and pressed on 180-gram vinyl at renowned record plant RTI. The cassette version will include the original booklet, which features photos and artwork from the album’s initial release.
Prospective buyers can pre-order the vinyl or cassette now. A vinyl copy of 2Pacalypse Now costs $25.98 while the cassette will only set you back $8.98.
2Pac was in the news again just last month when the late rapper was nominatedfor the Rock & Roll Hall of Fame in his first year of eligibility. The “Brenda’s Got a Baby” MC joined a list of nominees that included Janet Jackson, Bad Brains, Pearl Jam and Chaka Khan.
The nomination of 2Pac inspired Rock & Roll Hall of Famer Chuck D to vent some frustrations with the Hall’s selections. The Public Enemy leader felt it was wrong for any solo hip-hop act to be inducted before LL Cool J.
“Got forever love for PAC BUT there AIN’T a solo rap act that should get in the RRHOF before LL Cool J,” Chuck D wrote on Twitter. “I don’t care about what naysayers think.”
LL Cool J has been a nominated for the Rock & Roll Hall of Fame on multiple occasions, but his candidacy has never passed that point.